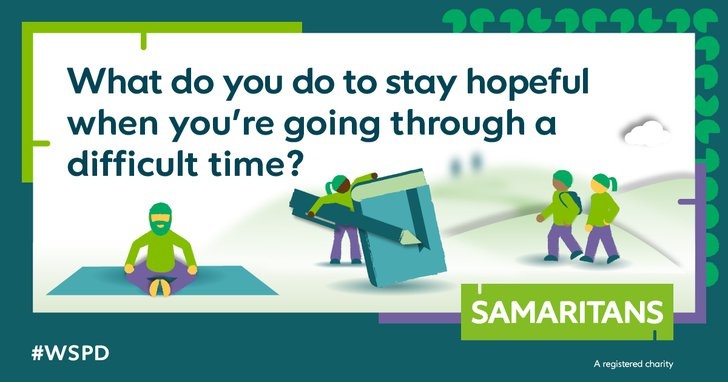 With World Suicide Prevention Day taking place on 10th September 2021, we thought it would be a great time to explore the day in which organisations and charities come together from around the world, to raise awareness about creating a world in which fewer people die by suicide.

The latest statistics regarding suicide show that in 2018, throughout the UK and Republic of Ireland, more than 6,800 people died by suicide. Each death is a tragedy, and we believe the suicide is preventable, not inevitable.

In England, 70 suicide preventative and mental health groups, including the Samaritans, and campaign under the NSPA (National Suicide Prevention Alliance), are working together in order to create an awareness campaign and ask UK and Ireland governments to make suicide prevention a priority.

The NSPA hope to bring together all aspects of society, in order to work together and reduce suicide, and improve support for those affected by suicide. Some of their goals include reducing stigma, encouraging help-seeking, providing appropriate support, reducing access to means, and working together collaboratively.

The theme for 2021 running until 2023, is ‘Creating Hope Through Action,’ which aims to empower people to engage with the complex theme of ‘hope.’ People were asked to share things they do in particular to help them to feel hopeful, and have a sense of optimism for the future, when they’re going through a difficult time. Some examples include:

You can also read personal reflections of hope, and case studies of work to support this years theme here. Together, we hope to make the world a better place in which less people die by suicide.